Subscribe to our newsletter and stay up to date with our newest solutions, news and events. Simply fill out the form below.

Do you have any questions about our automation solutions and do you want to find out more?
Simply fill in this form and we will respond as soon as possible. We are happy to find the right (automation) solution for you.

Your opinion is important to us!

Do you have an idea or a suggestion, or want to give general feedback? Share it here!

We are always working to improve the Inpeco experience, so we would love to hear from you.

While we can’t respond to every comment, please know that we read and appreciate every suggestion that comes our way.

A game-changer solution by Inpeco for multi-story laboratories – the experience of Viollier, a Swiss reference laboratory.

When the Viollier lab (in Allschwil – CH) expanded its footprint within a new building, its multi-specialty Core laboratory – powered by a Total Laboratory Automation track – was moved onto the first floor. The accessioning area remained on the ground floor, for quick and convenient connection with the vans and couriers that deliver the specimens. 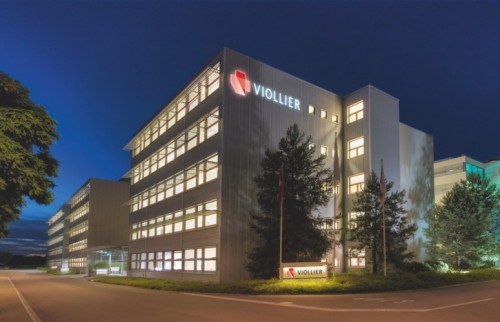 Stairs and elevators were a barrier to a quick and error-free process flow until Viollier installed a Vertical Transportation Module (VTM), the Inpeco solution that extends the advantages of the automation track to other floors.

Today, the VTM connects the accessioning area (where a dedicated automation system routes the tubes through the check-in steps) to the corelab on the upper floor, ensuring seamless and safe interchange between the two systems, without unloading the tubes from their carriers.

Viollier is now experiencing full process traceability, shorter turnaround times, and a smarter layout design. The VTM has contributed to limiting the risk of delays in testing execution: “The Vertical Transportation Module has eliminated the critical decision of when-to-move the tubes to the upper floor, that was fully in the hands of the operators; racks were only moved to the other floors when they were filled and/or the technician had time. Now, tubes enter the automation line as soon as they are checked in, thus avoiding any delay that might compromise the quality of the sample.”

For us, the most important benefit of the VTM is the continuous loading of tubes – that is, workflow continuity.
Dr Maurice Redondo

Viollier’s technicians no longer need to push carts loaded with racks in and out of elevators with the risk of bumping, losing, and contaminating samples. “In the rush hour, you can imagine how many times they were going up and down the elevator! They couldn’t do any other task, then transporting racks with tubes. With the VTM, the accessioning is now very organized, clean and quick.” – says Ms Vera Andrist, Head of the Sample Entry Department.

The VTM has ensured workflow continuity at Viollier, thus contributing to achieving the company’s quality goal of a “one-touch workflow”. Today, tubes are handled manually at just one point of the process (when they are taken out of their plastic bags), thus limiting as much as possible the possibility of human error during testing.

This transportation module is currently available on FlexLab systems for high throughput.